Road maps up to date all the time

Driving GPS navigation devices ( embedded or portable ) or maps available on the net (Google , Bing, … )  are using road data usually provided by specialized companies, leaders being Navtech (owned by Nokia) and TeleAtlas (owned by Google). Other companies are also involved into mapping like Google . 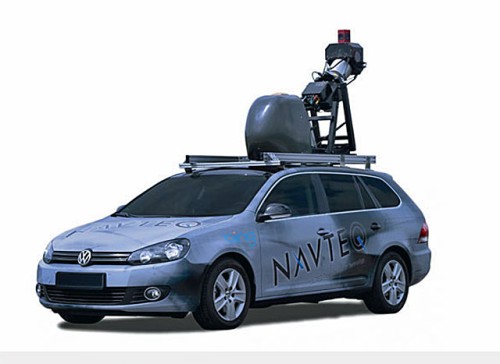 google car, …). All these methods are expensive, the update cycle is slow, resulting in delayed update of maps. For example, in sparsely populated areas, it can take up to 5 years to have road changes taken into account.

Solutions have been implemented to give user the ability to make feedback on map problems . For example Tom Tom offers Map share feature that stores the corrections in parallel to official maps . These changes are then redistributed to other users. Maps are not actually changed in order to keep a tight control thereof , so update cycle still remains slow , and collaborative work a minor function.

The most direct method would be that everyone can update the maps . This is then a community way of working, like the way you can do on Wikipedia. Solutions exist that are available, you can create or modify yourself regions of those maps ! The updates are almost instantaneous.

I will present two robust solutions that have today a remarkable quality of mapping :

Let ‘s have a look to those. Later on some posts will be added to explain how to update those maps. OpenStreetMap is a global open source mapping. The maps can be used and edited by everyone. The maps are not dedicated to road navigation. On the contrary one would rather compare them to ordnance maps which includes extremely varied and detailed information. For instance it includes trails, bike trails, points of interest, sea lanes , etc …

The map database is accessed by many other tools dedicated to specific applications. Here are some examples, but many others are presented on the wiki :

OpenStreetMap data is using ” ODbL ” free license. They are freely usable without limitation , whether graphic tiles from the website or vector data contained in databases. Openmtbmap is a good example of a project that uses the vector data to translate them into other formats .
Maps modification is also open to all users. It will be a subject of future post. If we compare with Google Maps which provides an equivalent service on the web, and which remains largely dominant in the sector, it has some limitations : 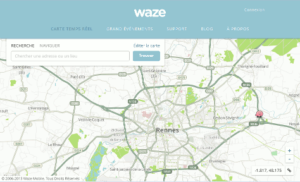 Although waze offers an online map like OpenStreetMap and Google, it is minor function. Waze is primarily a car navigation system available on the different types of smartphone ( iOS , Android , Windows Phone) . Waze is also a Community driven application : each user has an avatar , you may encounter other avatars on your roads.
But more than that every user can easily specify various incident they encounter on the road that will be shown to the community: accident, cap , closed path, rain , speed radar, etc … The location and speed of each user is also used by waze to detect congestion and provide optimized routes. Other community functions are also present in the applications, but I let you discover them during the first use.
The company is earning money by including advertisment on their maps and application. While this may seen as a major drawback, it is only minimally invasive and remove very few to this application.

It should also be noted that Waze is very effective to prevent daily traffic jams (from home to work), but less efficient to calculate long journeys and especially the days of big departure. The calculation is partly done in the cloud on servers, which become quickly saturated those days with heavy traffic.

In addition , maps can also be modified by all users , I will explain in another post.

Mapping data are not open source, but the company’s properties. Take note also that Waze LTD was acquired by Google in August 2013 . It is quite unclear what will happen in the future , it appears yet that more or less convergence between google maps and Waze will appear. Wait and see …