My Samsung LCD TV broke down after 3.5 years of service. After failure analysis, it appears that the LCD panel is dead. You would expect it but the price to repair it exceeds the price of a new TV …

Then what to do with this TV? LCD TV is electronic boards and an LCD panel in front of a backlight. The backlight is still working as well as electronics. Why not use it as a light source ? It is still difficult to find a device that can generate an almost constant brightness over an area of ​​about 0.5 m2. This could be used as a light table, a diffuse light source for photography or macro photography. In my side I think rather to use it as a source of extra lighting in trompe l’oeil, a a fake window.

Let’s see how to transform an LCD TV Samsung LE40B620 which is 101cm diagonal to a lighting source.

I don’t have unfortunately any bulb at home that rivals to light generated by this new light source. It probably equals to a compact fluorescent bulb of about 25-30W . 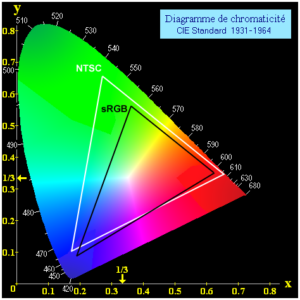 The color temperature is much cooler than bulbs. This is really visible in the photos above, but it is not a problem for photographic use if you take care is to enable the automatic adjustment of color temperature.

The spectral range obtained with our panel TV should be also better than average bulbs. Chromaticity is an aspect that is standardized for TV broadcasting , which is not the case for the general public lighting. TV manufacturers must ensure that the spectral content of the images is large enough to get closer to this standard. This is only possible with a backlight source of good quality, the LCD panel itself is only filtering this light flux coming out of the screen.

We can also see on those pictures the interest of having a diffuse light over a large area . Let’s compare the following two photo extracts :

The shadow casted by the teapot on the left to the one on the right is much less pronounced, or non-existent, on the photo with diffuse lighting. Furthermore, the reflection of the light source on the object is not limited to a single point but to a larger area that is closer to a light source like a window.