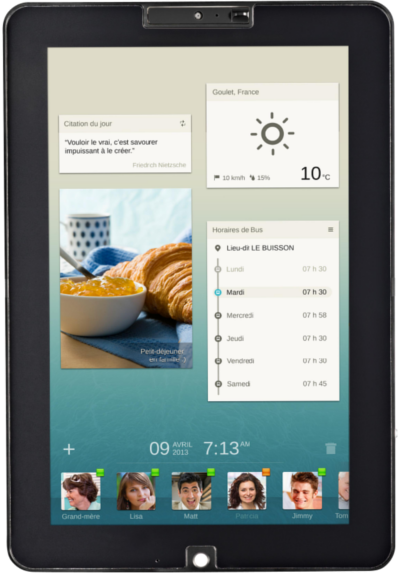 BeeWall is a wall mounted interface that permits to access to your digital life at house level.
This is a very interesting concept, in particular in regards to price target they have set : 500€
Home automation is one of their target. However it is based on internet of things which is created some problems :

A crowdfunding campaign have been started on indiegogo but have not reached the target unfortunately. However Bee-wall is available and continuously developped by Fundatrix company.

Update 2013-12-29 : Small modification of the post to realign status project on information from Mr Lefevre ( see comments below), and also lack of real test of Bee-wall unit for home automation.