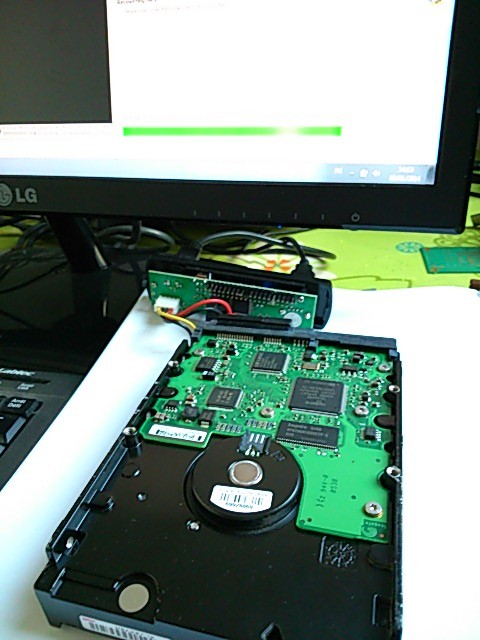 Receiving a request from somebody who owns a home server I have installed in the past, I have updated myself about methods to retrieve data from Linux  hard drives with LVM volume management . The server is actually gone up in smoke . Backup hard drive, that was connected through USB have had its lifetime shortened also, it should have been the normal way to recover data without difficulties. Bad luck, electrical problem ? It doesn’t matter, server’s hard drive itself seems to be functional.

The server has been organized using same OS than my own one : Sme Serveur 7, based on Linux Centos 4 which is an open source RedHat distribution.

I already had the opportunity to manage this kind of data retrieval few years ago, with some difficulties due to lack of simple tools.
Let speak directly about the best solution for those who have a similar problem : free software Linux reader from Diskinternals company. This Windows software is able to read hard disks with ext3 / ext4 / …. filesystems. More than that it is able now to manage LVM volumes. With this software it is then possible to read back files and save them in a safer place, this process being really simple, no need to follow some complex tutorials.
More complete, but not free, tools from Diskinternals are also able to grab data from corrupted or scratched hard disks, being linux formats or others.

For people that have no such issue to solve quickly, let’s have a look to LVM volume management, and the oldest solution to recover data.

Logical volume management is a hardware or software overlay that sits between the physical hard disk ( splitted by sectors) and the different filesystems that are created on it . OS allocates for each filesystem a letter for Windows ( C: D:, … ), or a mount point for linux systems. 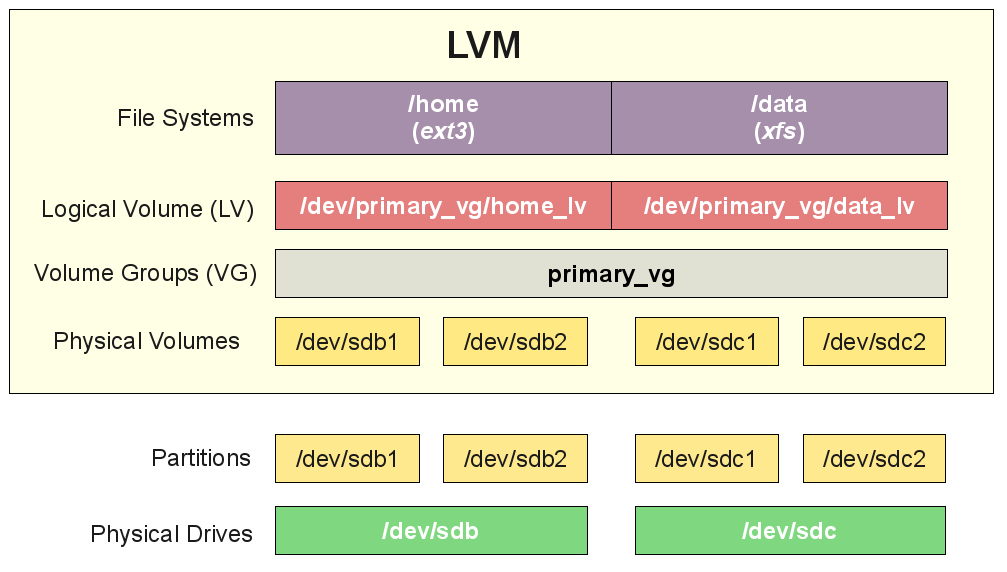 The best known logical volume management system is software RAID that you already have heard about  :

Nevertheless, evolution of these two standards over the years is so that they have very similar features today ( look at this post for a one-to-one comparison ). For instance RAID is now commonly managed by software and LVM is now able to handle all cases of redundancies like RAID.

Let’s see some concrete cases for which logical volume management is very useful on a linux server: 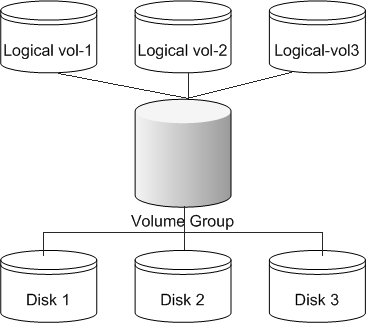 A few years ago no such windows tools was available that permits to read data from LVM volumes. We had to use other solutions, those being necessarily based on Linux. The easiest solution is to use a bootable CD / DVD offering a linux environment compatible with LVM volume management.
The best one is SystemRescueCD which offers the whole linux environment and tools for troubleshooting your computer using Linux. SystemRescueCD is integrating also LVM tools and there are some tutorials for LVM management on the website.

No GUI is however available to manage those tools, everything has to be done using command line. There are three ways to access lvm management tools :

A list of useful commands is available here for instance. The more useful commands when starting using LVM should be undoubtedly “help”, “pvdisplay” , “vgdisplay” and “lvdisplay” to have an overview of the LVM organization  available on your hard discs.
You can find many internet tutorials to achieve the desired tasks. These tutorials should be easier to find on website related to RedHat or CentOS Linux distributions, because those are using natively LVM for a long time.