Eedomus+, a big plus here

The whole setup has changed considerably since then and I increased the number of devices  from 10 to more than 150 nowdays. The number of rules has evolved in the same way and is also now over 100 .

Unfortunately my brave old Eedomus was no longer able to handle this burden :

The situation was still correct, but it was impossible to improve the system and make it more intelligent.

Given this experience, this old school eedomus is able to manage between 50 and 100 devices with correct latency time, beyond these numbers, performances will be reduced.

How much peripherals do you have ? 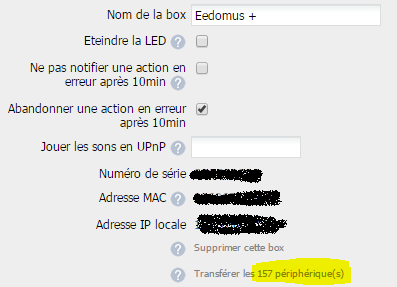 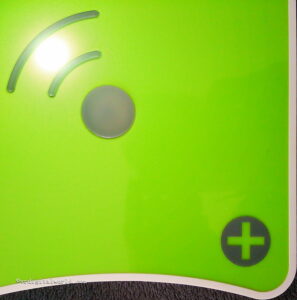 Fortunately the new Eedomus knocked on my door last week. Opening the package, extracting the beast, installation in parallel of the old controller.
Then launching of the migration process from the old to the new controller, which is described here. I want to thank you Connected Object company to propose this migration process from old controller to new one without losing all of its configuration. They are very few to offer this kind of feature, but it’s so essential !

The migration process has performed correctly without particular difficulty, I would have even preferred a one click migration process, maybe for the next eedomus++ :-).
The only downside is that during migration a new API code have been assigned to Z Wave devices.

.
If you only use eedomus ecosystem and no script, you may not know anything about those API codes. However if you have some scripts, if you are using imperihome or some tasker scripts, you have to update API code inside them and reset Imperihome layout. Drat 😕

The first trials began and it was a revelation. Responsiveness is at the top compared  to the old controller, reaction time is a few hundred of milliseconds, the difference is huge.

I took the opportunity also to implement a function that was impossible with the old controller : a DIO remote control is now managing a Zwave module, the  eedomus+ controller  is then serving as a gateway. Not only it’s now possible to have this kind of feature, but latency is also good, a few hundred milliseconds also.

A small + for eedomus, a big step for responsivness 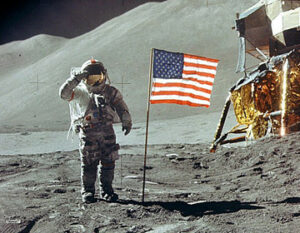 Regarding the update of Zwave functionalities, I also confirm that the eedomus+ has better RF performances :

I have not yet tested the new features of this eedomus +, especially the speach synthesis. I expect to do so in the next few days …